Name: Aryela No. of characters: 6 Gender: Girl Origin: HebrewUsed in: How to pronounce Aryela a-rye-la What does my name mean?

You would love these names similar to Aryela: New Aryaa is used in Marathi, Tamil and Malayalam that means "Goddess Parvati, Noble or Honored" used for both boys and girls. The name is quite Renowned in India. Gloriela is originated from Latin language, Gloriela is form of Gloria given to girls with same suffix -ela. Sabryele is derivative of Sabriel is a baby girl name. It is rooted from English-American. Henrik came from Germanic and Old High German used as a boy name. It means "Ruler of the Home, Ruler of an Enclosure or Homeland" which happens to be the name of Sociologist Henrik. Name is celebrated on July 13th. In 1987, famous Henrik ranked 24 in baby boy names list in Denmark while Baby girl name Tanjanika is creative and adventurous name. 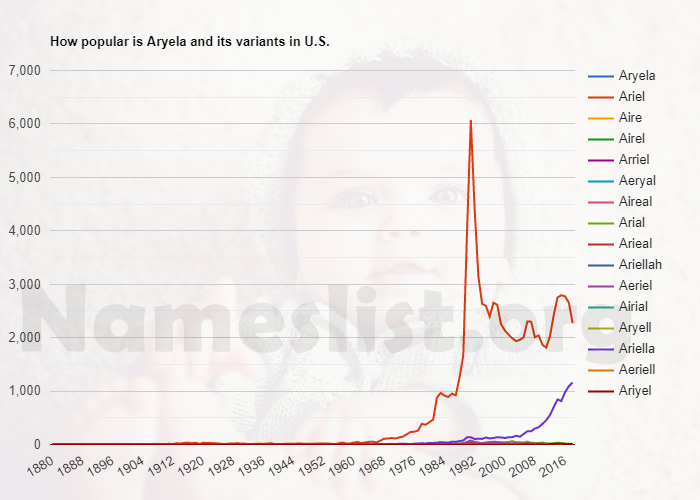