Name: Audrew No. of characters: 6 Gender: Boy Used in: How to pronounce Audrew au-drew What does my name mean?

The baby boy name Audrew. Meaning of Audrew is Brave, Man, Masculine, In the Bible the First of the Twelve Apostles Chosen, Warrior, Derivative of Andrew, Manly and Strong, Manly, The Manly.

Do you like Audrew? Other names you would love: The gender insensitive name Trew, Trew is form of True has its roots in English with similar -rew suffix. Not many Contemporary parents may find the name Deniyah appealing aimed at girls while Meaning of Baptiste is Immerse or The Baptist has its roots in Old Greek given to baby boys. Famed in Belgium, Switzerland and France. On baby boy chart, famous Baptiste managed to reach 121 in year 1998 in Belgium. Unisex name Audre has its origin in English language. It means "Noble Strength". Andreka is a resultant of Andrea used as a baby girl name and is rooted from Old Greek. 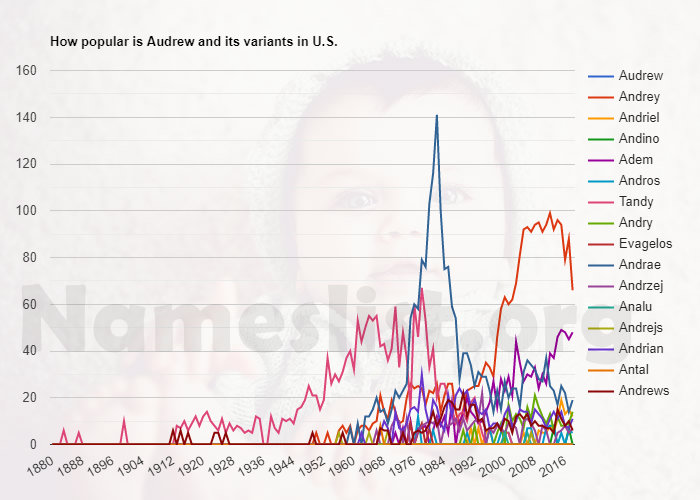