Name: Chelsah No. of characters: 7 Gender: Girl Origin: Old EnglishUsed in: How to pronounce Chelsah che-lsah What does my name mean?

Do you like Chelsah? Read these names too: Originated from Old Greek, Doritha that is unfamiliar name is a girl name. Sweden and Finland are among the countries where the name is quite prominent. Tysah is variant form of Tisa bestowed upon baby boys. Its origin is in African with same -sah suffix. English name Cherrill used as a baby girl name which means "Beloved or Dear One" while Meaning of Patience is Patience, To Endure or One who Endures with Courage bestowed upon both boys and girls and came from Latin and English Lawrence of Rome's mother Patience is a notable namesake. Among girl names, renowned Patience ranked 866 in year 2003. Combination of Niels and -raq resulted in Nielseraq and a baby boy name specifically used in Greenlandic and Danish. 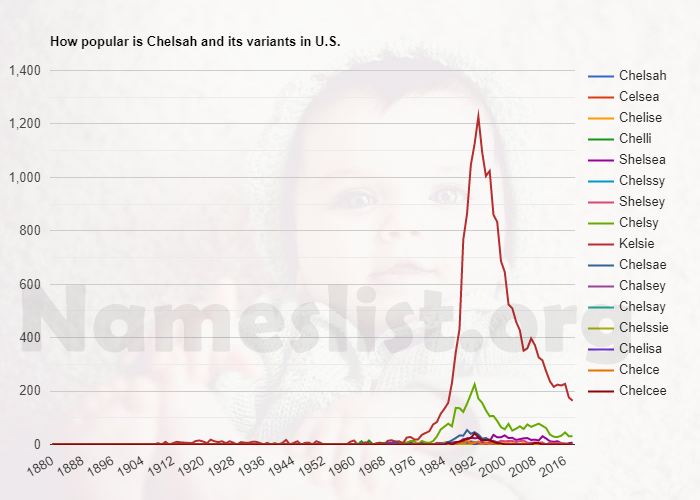