Name: Darbea No. of characters: 6 Gender: BoyGirl Origin: Old NorseUsed in: How to pronounce Darbea da-rbea What does my name mean?

The unisex baby name Darbea can be used for boy or girl has it"s roots in Old Norse language. Meaning of Darbea is Deer Town, Freeman, Park with Deer, Another form of Darby.

Other names similar to Darbea, for would be parents: The girl name Wilberta which is unusual name. Of Hebrew origin, Rubea and a boy name. Rubea is variation of Reuben with similar suffix -bea while Ladina's meaning is Domination or Latin used as a baby girl name. Its origin is in Rhaeto-Romanic. In 2005, outstanding name Ladina captured 72nd position on baby girl names chart in Switzerland. Combination of ÞOR and BEIN resulted in Þorbeinir aimed at baby boys and came from Old Norse. In Iceland, the name is fairly prevailing. Darshan's meaning is Sight, Paying Respect or Philosophy used for both genders. It is rooted from Sanskrit is also the name of Politician Darshan. 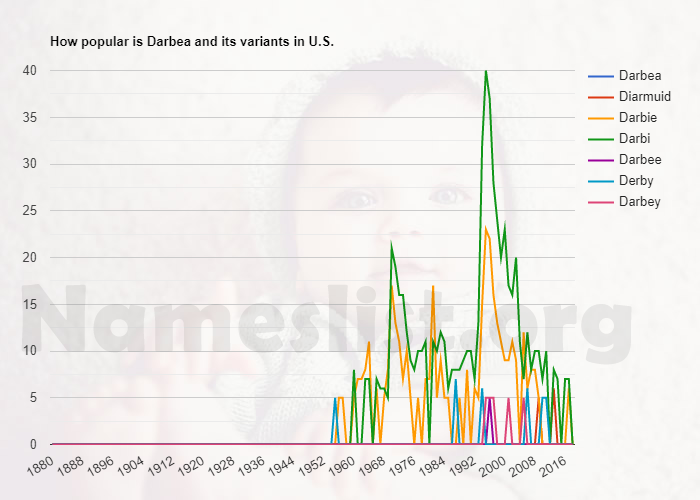