Name: Derbie No. of characters: 6 Gender: BoyGirl Origin: Old NorseUsed in: How to pronounce Derbie de-rbie What does my name mean?

The unisex baby name Derbie can be used for boy or girl has it"s roots in Old Norse language. Meaning of Derbie is Park with Deer, Freeman, Deer Town, Another form of Darby.

Do you like Derbie? Read these names too: Conifer gender-neutral name Bobbie and originated from Germanic and Old High German meaning "Strange or Foreign" with same -bie suffix. Sweden, Finland and USA are among the countries where the name is pretty prominent. Herbiǫrn is form of Hærbiǫrn in Old Norse language which is used particulary in Old Norse given to boys. Meaning of Derrall is Beloved or Variant of Darrel Open used substantially in English aimed at baby boys. Baby boy name Traevin that is outlandish. Its origin is in English and Welsh while Of Old Greek and Latin origin, Jerrie and a unisex name. Jerrie is a variation of Jeremy Film costumer designer Jerrie is noteworthy namesake. Frequently Used name Jerrie managed to bag 834th position on the list of baby girl names in 1933. 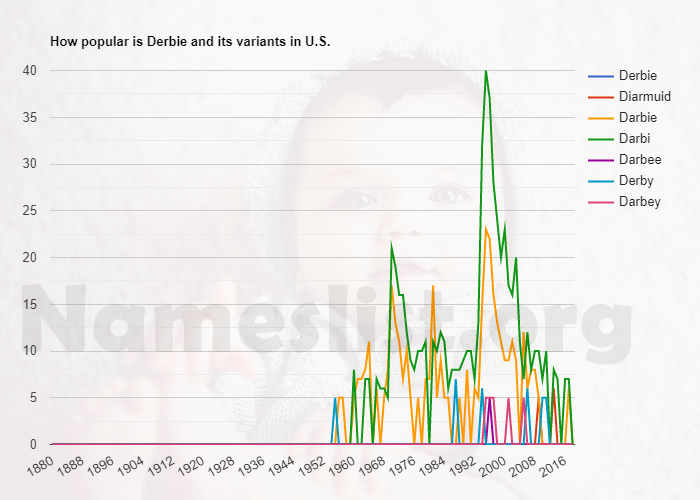