Name: Dinis No. of characters: 5 Gender: Boy Origin: Old GreekUsed in: Portuguese Used in countries: UK How to pronounce Dinis di-nis, din-is , What does my name mean?

Other names similar to Dinis: Many Modern-day moms may find the Shamere appealing, used commonly in Arabic aimed at both genders while Chana is variation of Channah, a girl name has its origin in Hebrew. In 2004, famed Chana ranked 924 among girl names. The gender-neutral name Celina, Celina is variant of Caelia. Its origin is in Latin and Old Greek. United States and USA are among the countries where the name is quite prominent. Of English origin, Imperishable Diamond. Its meaning is "Of the Tiber or Diamond" and a unisex name with similar prefix Di- Rapper Diamond is noteworthy namesake. The unisex name Lenis that means "Silky" has its origin in Latin. 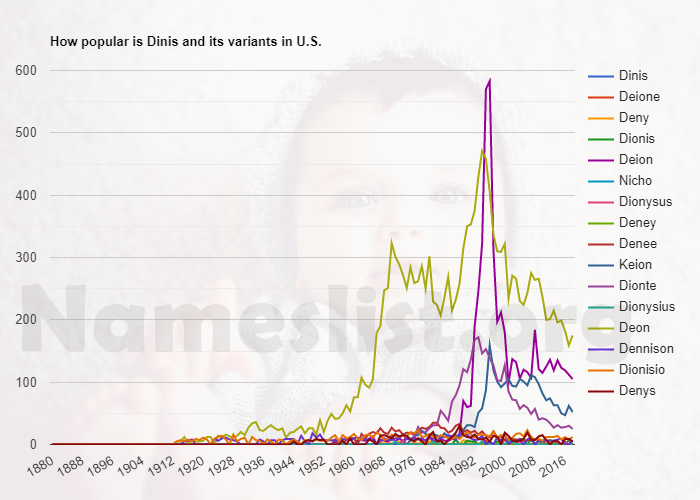