What does Harris mean?

Preeminent and Perennial unisex name Harris is majorly used in Tamil, English, Danish, Norwegian, Frisian, Swedish and Finnish, meaning of Harris is "Son of Harry, Army, Man or Tamil Music Director Harris" has origin in English. Harris is form of customary and conifer Harry. Harry is a variant form of illustrous and venerable Henri. Harry is diminutive of Harold. Also Harry is short form of Harald. Harry is also shortened form of Henry. Harry is equivalent of Henry or Heinrich in English language. Also Harry is English cognate of Henri. Harry means Form of Harold and Home Ruler is of Old High German and Germanic origin. Harris is a shortened form of Harrison. Acclaimed and Ever lasting Harrison came from English, meaning of Harrison is "Harry's Son and Son of Harry" is largely used in English.

How do I pronounce Harris?

ha(r)-ris is the most common way to pronounce two syllabled Harris.

Names that rhyme with Harris

How popular is the name Harris?

What numbers say about Harris?

You are passionate when it comes to relationships but cool off too easily. Don't settle for an ordinary life. Don't be ordinary. You have trust issues and anger management problem that you seem to be handling pretty well. You prefer originality and hard work instead of taking the easier road to success. You encourage people to walk the harder path and fight for what they believe is right. You hate copying others.

You would love these names similar to Harris 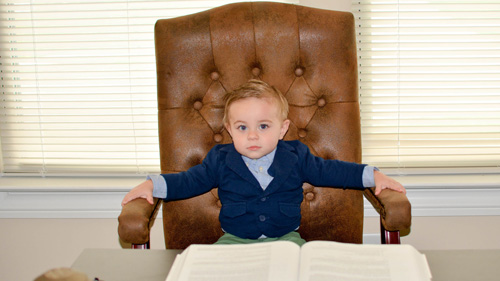 10 Names with a Presidential Flair
Share your opinion on Harris