What does Stephen mean?

Pleasing and Venerable unisex name Stephen is originated from Old Greek which is used dominantly in English, Danish, Finnish, Swedish, Greenlandic, Norwegian and Marathi languages, meaning of Stephen is "To Wear a Crown, Wreath, Garland or The Crowned". Stephen is form of Stephanus in English language.

How do I pronounce Stephen?

The most common way to pronounce one syllabled Stephen is STEE-ven with emphasis on first STEE syllable. Some people pronounce it as stee-vin.

Check out these nickaname options for baby name Stephen:

Names that rhyme with Stephen

How popular is the name Stephen?

Stephen used to be a common name in France, first appeared in 1900 and over 6303 babies have been given the name in 116 years. When at its peak in 1987,. However after 116 years, the name is currently sliding down on the charts. Also, Stephen was a common name in Western Australia. Over 3730 babies have been named Stephen since 1950. At the peak of its usage in 1953,. After 18 years of usage, the name has fallen out of the charts. In addition to that, the name has been in the top 5 baby names 2 times

Stephen is an uncommon baby name in Belgium where it has been in use since 1995 and peaked in 1996 when it ranked 450th. There are over 187 babies that have been given the name Stephen in Belgium. However things change on global perspective, Stephen is extremely popular in England where every 1 in 200 have the name as well as in, Uganda, Kenya, Nigeria and Ghana. Also the baby name is popular in Canada, Zambia, Australia, Tanzania, South Africa, Zimbabwe, Sudan, Scotland, Wales, Philippines, Northern Ireland, South Sudan, Cameroon, Malaysia, Liberia, New Zealand, Sierra Leone, Rwanda, India, Malawi and Jamaica. According to our findings, at least 3100000 people have been bestowed Stephen around the globe.

You are always filled with positive and creative energy that you pass around. You are fully devoted to the people you care for but to get to this point with a person, it takes a lot of time and effort. People with a high IQ are prone to depression, self-doubt, and low self-esteem and so are you. Unbelievable but true. Sometimes you feel this emptiness inside that can't be fulfilled with anything you can think of.

Do you like Stephen? Other names you would love 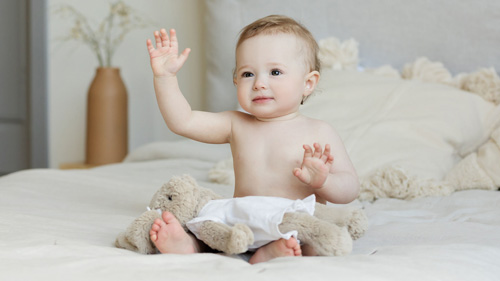 Names Inspired by Saints
Share your opinion on Stephen